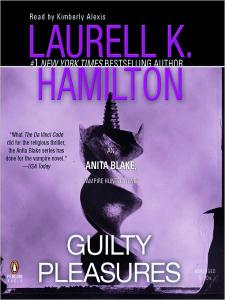 
“Introducing Anita Blake, vampire hunter extraordinaire. Most people don’t even bat an eye at vampires since they’ve been given equal rights by the Supreme Court. But Anita knows better–she’s seen their victims. . . . A serial killer is murdering vampires, however, and now the most powerful vampire in town wants Anita to find the killer.”


A friend first introduced me to Anita Blake and Laurell K Hamilton in 2000. From the first chapter of Guilty Pleasures I was hooked. Not just your typical vampire story but not your typical murder mystery either. A wonderful blend of both and characters that you love and love to hate. Sometimes it’s hard to tell who is the monster and who isn’t. I had the pleasure of meeting LKH and her husband, Jon, a few years ago at a book signing and I had her sign my original copy of GP. It’s now one of my most prized possessions! *swoon 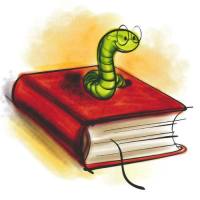