Entertainment Weekly said that The Sugar Queen was “like a dessert.” Considering that I just devoured it like it was a slice of chocolate cake, I would have to agree.

I bought this book several years ago at a book fair. I picked it up in the first place because I loved the cover. This is usually one of the biggest things for me when picking up books by authors I’m not familiar with. Second, after reading the teaser on the back cover I was intrigued. And then finally, I was getting it for $3.50 instead of $13. I love books, but I also love a bargain.

For whatever reason, The Sugar Queen sat lonely and unread on my bookshelf for several years. A few months ago I moved and both of the Sarah Addison Allen books that I own (I didn’t even know I had two!) ended up in the first box of books that was unpacked. (There are many, many more still waiting for me.)

We are having a little down time at work due to some department changes and I knew that I was going to be bored by 9pm last night (I work until 11p), so I decided to take a book along with me, even though we aren’t really supposed to read at our desks. I grabbed The Sugar Queen, settled it in my purse, and headed off to work.

When I got home from work last night I had read the first four chapters and I was hooked. The story is woven like a web, and each person is a string in the web, so every movement one string makes, it affects the ones around it. Each character, whether they were aware of it or not, and for a long time most weren’t, was affecting those around them in such subtle ways. It really is beautifully written.

There is also an element of magic in the book but it’s not really a focus so much as just a matter of fact part of the whole. Books follow Chloe from the time she is a lonely little girl living with her great-grandparents. It seems perfectly normal in the context of the world SAA has created, when the first book pops up in front of Chloe, trying to help her handle her feelings. It’s just part of who she is.

Josey lives a lonely existence, hoping to one day gain her mother’s love, while constantly being reminded that it’s not likely to ever happen. You are able to watch Josey blossom like a tulip in springtime between the first and last pages of The Sugar Queen. And while nothing overtly magical happens to or around Josey, you do start to see that she has a magic all her own.

Della Lee, probably the most disadvantaged of the three women, yet possibly, in the end, the smartest, is an interestingly, complex character. But still simple in some ways as well. She’s very matter of fact, not a lot of thought needs to go into things. Do you like something? Yes, then do it, have it, eat it, go to it, etc. No, then don’t. I came to enjoy the relationship that she and Josey had as much as if she was living in my closet! (That will make more sense when you read the book)

When I went to bed last night I planned to read another chapter or so before going to sleep. After all, I did have to work this morning. But, as so often happens, next thing I knew, it was two in the morning and the story was done.

I like to stop after reading a book and think about the characters and the lives they might be leading now, after I’ve closed the book on this particular moment of their life. I savored the story of three women, each one different but still a little bit the same, wondering what they might be doing now. I will certainly be picking up more works by Sarah Addison Allen.

View all my reviews 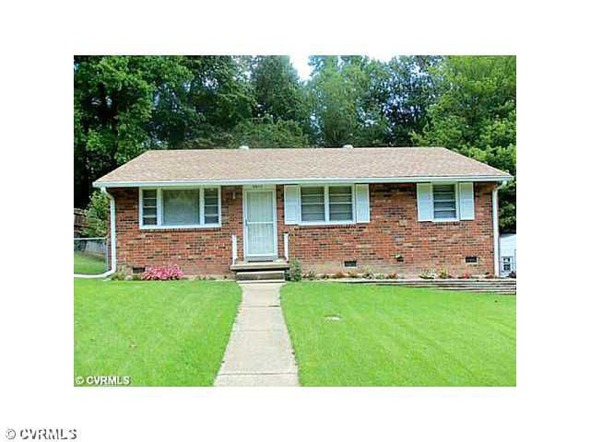 So I just finished paying my second mortgage payment. Holy crap. I mean, it was kind of surreal when I paid the first payment last month, but now, two months in a row… it’s real. I own a house!

Last spring the family that lived across the street from me and my parents moved out of their house. Mama and I looked it up online to see what the selling price was and Mama suggested I call a realtor and look at it. I really didn’t think there would be any way that I could buy a house but our other neighbors hooked me up with a great realtor that they knew and she came and walked us through the house. Since I had never been through the home buying process before I had no idea what to do but my realtor was great. She gave me the number of a mortgage guy and had me call him for a pre-qualification.

Surprisingly enough, my credit score was good enough to get qualified! Unfortunately I wasn’t qualified for enough money to buy the house across the street from my folks but it was an amazing accomplishment anyway. I had basically given up hope on ever being able to own my own home. Basically I figured I’d be that old spinster lady you read about in old books that lives with their aging parents and grows lonely and bitter. Okay, maybe not quite that bad.

Mama and I continued to look for houses in my price range in my preferred area and just a few weeks later I found a beautiful house just a mile up the road from my parents (which also makes it only two miles from my job) for an amazing price. Mama and I met the realtor for a walk through and I completely fell in love. The only downfall… it was a short sale. Short sales are evil. Seriously. They are the real estate equivalent of Satan. I’ve always heard that short sales are annoying and can take up to three or four months to complete.

After one year of waiting, I withdrew my contract on the house. One. Whole. Year.

I looked at other houses during the year but nothing that I liked more than “my” house. Then one day my realtor sent me a list of 30 properties to look at. They were all out of my preferred neighborhood but not so far out to make them prohibitive. I took Mama and Daddy with me and we spent a day looking at houses. The second to last house we looked at was it. My new house.

I told my realtor I wanted to think about it for a little while but before the day was over I called her and asked her to put in an offer. One month later I had the keys in hand and I was a homeowner! I’m sitting in my bedroom in my house right now and I still can’t really believe it. Sometimes I get off of work and I almost turn left out of the parking lot to go home to Mama and Daddy’s house. Then I remember I don’t live there anymore.

It’s weird, after ten years, not living with them. For the first few weeks I was a little homesick. Okay, a lot homesick. I was so used to being able to walk into the next room and talk to Mama or Daddy that I would find myself getting ready to call out to one of them before I remembered that they weren’t here. (Okay, I admit, I still get a little homesick.)

I still have painting to do and I still have stuff to unpack and put away, but it’s mine. Well, it will be in 29 years and 10 months anyway. But for all intents and purposes, it’s mine. I celebrated my 37th birthday this year in my very own home. Every time I think about the fact that I had pretty much given up hope that I’d ever be able to do it, I’m reminded that anything is still possible if I want it enough and work for it. Cheesy, I know, but true.